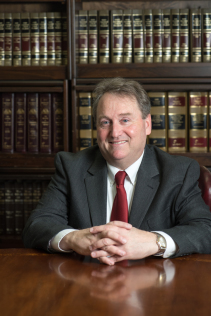 Chuck joined McChesney & Dale, P.C., in 1989, having previously spent three and a half years as an associate in a litigation firm located in Bethesda, Maryland. He concentrates in general litigation with an emphasis in the areas of personal injury, workers' compensation, insurance coverage, ERISA, and products liability. Chuck is also active in the firm's estates and trust practice.

Chuck began his career with the Federal Aviation Administration working on airline bankruptcies and federal loan guarantees to the airline industry.  Chuck is a member of the Association of Compensation Insurance Attorneys, the Washington Claims Association, the American Bar Association, and the Maryland State Bar Association. 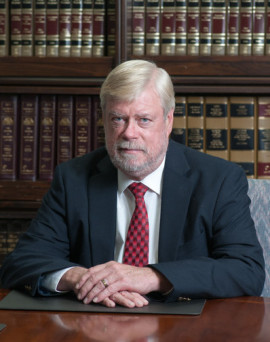 Bill has been in practice in Washington, D.C., and Maryland since 1974. He graduated magna cum laude from Cornell University in 1971 and received his J.D. from Georgetown University in 1974. He is a primary founder of the firm of McChesney & Dale, P.C.  In the mid 70's, Bill was actively involved in defending several Title VII class actions involving allegations of race discrimination in various construction local unions in the Washington metropolitan area. During the same time period, he began representing various Taft Hartley Pension, Health and Welfare and Apprentice Trust Funds. He has advised numerous clients and service providers in connection with the Employee Retirement and Income Security Act of 1974 and has dealt with the courts, Department of Labor and Internal Revenue Service in connection with ongoing compliance issues under ERISA. He has acted as General Counsel to a number of employee benefit plans for over 40 years. (more)