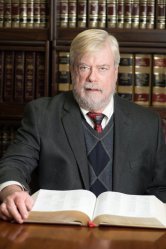 In the mid 70's, Bill was actively involved in defending several Title VII class actions involving allegations of race discrimination in various construction local unions in the Washington metropolitan area. During the same time period, he began representing various Taft Hartley Pension, Health and Welfare and Apprentice Trust Funds. He has advised numerous clients and service providers in connection with the Employee Retirement and Income Security Act of 1974 and has dealt with the courts, Department of Labor and Internal Revenue Service in connection with ongoing compliance issues under ERISA. He has acted as General Counsel to a number of employee benefit plans for over 35 years. In connection with this employment benefits practice, Bill has represented employees, employers and insurance carriers in hundreds of workers' compensation cases before the Department of Labor and District of Columbia Department of Employment Services. He has handled a number of appeals before the United States Court of Appeals for the District of Columbia Circuit, the Fourth Circuit and the District of Columbia Court of Appeals. He has drafted briefs on behalf of parties and amicus curiae before the United States Supreme Court on issues arising out of the compensation system.  Over the past several years, in addition to these activities, Bill has been involved in extensive litigation involving multiple cases of breach of fiduciary duties, real estate construction fraud and undue influence in probate estate proceedings. In one RICO case, he was successful in obtaining a judgment of in excess of $1 million in which the U.S. District Judge stated that "...had the fraud not been uncovered and laboriously pursued, there is no question that there would have been continuing criminal activity."

Bill is a member of the International Foundation of Employee Benefit Plans, the Washington D.C. Estate Planning Council, The Association of Compensation Insurance Attorneys, having served as President and Secretary, and the Barristers. He is licensed to practice in Courts throughout Maryland and the District of Columbia, the Supreme Court and has been admitted pro hac vice in selected cases in Virginia. For more than 20 years, Bill has maintained the highest AV Preeminent rating from Martindale-Hubbell.

Bill and his wife Jody have four children and seven grandchildren. Bill served as Chairman of the Administrative Council of his Church for many years and has served on many church committees. He is an active member of Mt. Zion United Methodist Church, where he sings in the choir.

He is a member of and serves as General Counsel for Old South Country Club. He has served on the Board of Directors and as Unit President of the American Cancer Society in Anne Arundel County, and is currently a member of the Board of Directors of the Oncology Foundation of Maryland and the District of Columbia.  He and his son, Alex operate a construction company, Church Hill Development, LLC.