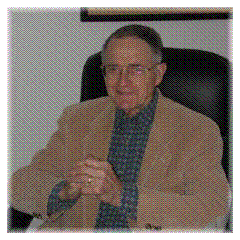 Bob's deep roots in the Metropolitan area led to his developing a lasting professional relationship with many local business and professional people. This became a sort of "general counsel" role which in numerous instances has continued to the present time. This has meant growing with clients he's represented through the years and providing legal guidance in many areas of personal, business and professional growth, struggle, expansion, and varieties of evolution. It has meant baby adoptions, buy-sell agreements, organizing of businesses, pre-nuptial agreements, construction contracts and claims and a variety of other legal matters. Bob has also been very heavily involved in preparing wills, preparing and administering trusts, estate planning and related areas of tax planning and estate administration.

Also during his many years of practice, a substantial amount of his work has involved the organization and operation of dozens of corporations, partnerships and limited partnerships.

Bob McChesney's experience has also included a substantial role in organizing and administering several not-for-profit corporations in the District of Columbia. Representation of "Taft-Hartley" or "ERISA" (Employee Retirement Income Security Act) trust funds which provide health/medical benefits and retirement benefits is another area in which he has extensive experience, spanning a period of more than 20 years.

This, again, has involved responsibility as "general counsel", in this case, for wide-ranging activities of well-organized business and labor entities, frequently involved in quite sophisticated endeavors, and charged with the well-being of hundreds, even thousands, of participating individuals and their families.

Bob is a member of the International Federation of Employee Benefit Plans, the Washington, D.C. Estate Planning Council, the American Bar Association, as well as local bar organizations. He is licensed to practice in the Courts of the State of Maryland and the District of Columbia.